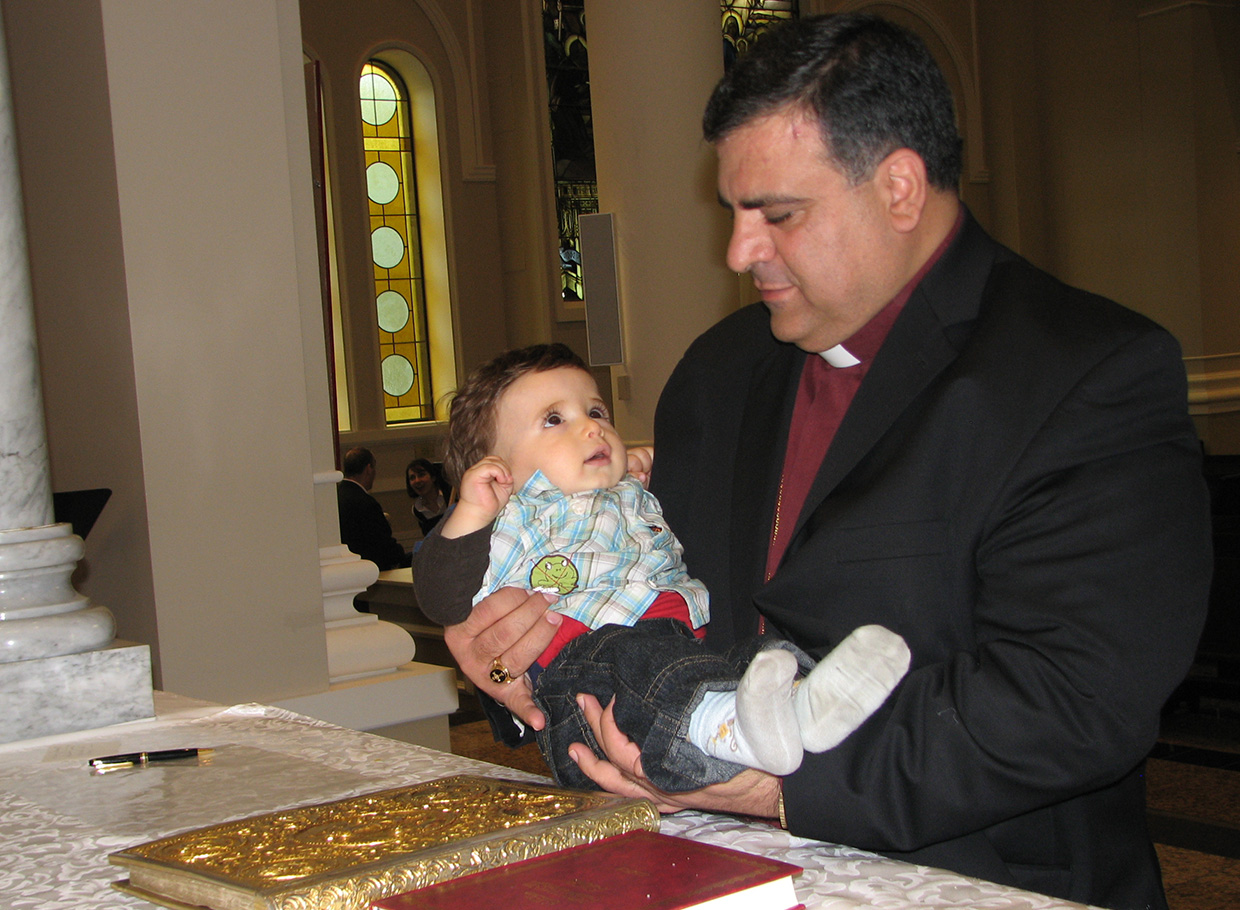 Mgr Ibrahim Ibrahim, son of Michael Ibrahim and Hanneh Mahfouz, was born on March 22, 1962 in the village of Jinsanaya, in southern Lebanon. He is the third son of a family of seven boys and a girl.

After finishing his secondary studies, the young Ibrahim entered in August 1977 the seminary of the Holy Savior of the Basilian Salvatorian order. On August 15, 1979, he began the novitiate and made his first religious vows on August 15, 1980. He joined the town of Jeita (suburb of Beirut) where he began his college studies. In 1984, his order sent him to Rome to complete his philosophical and theological studies. On November 3, 1985, he made his perpetual vows.

Father Ibrahim returned to Lebanon to receive the diaconate ordination on July 9, 1987, followed by priestly ordination on July 18, 1987. He returned to Rome again to specialize in moral theology. Father Ibrahim obtained a bachelor's degree in philosophy at the University of the Holy Spirit (Kaslik, Lebanon), as well as a bachelor's degree in theology from the Pontifical Gregorian University in Rome. He obtained a master's degree in moral theology from the Pontifical Lateran University. 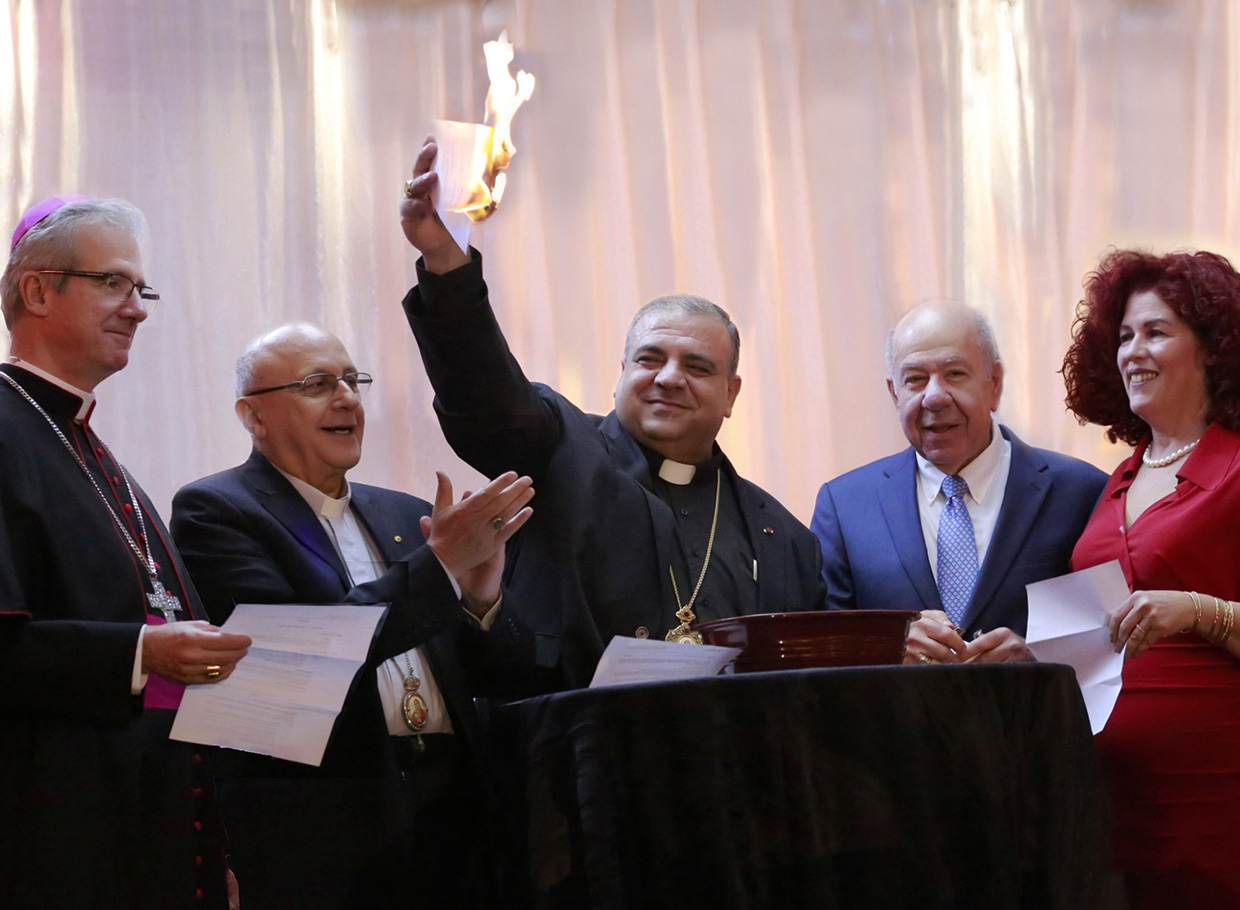 From November 1989, Father Ibrahim directed the seminary of the Basilian Salvatorian order. For two years, he worked to train future priests despite the difficulties of the Lebanese war.

In August 1991, Father Ibrahim was appointed parish priest of Saint Elias parish in Cleveland, Ohio, in the United States, and in 1994 he became responsible for the region of the American Midwest on the presbyteral council for the eparchy. In October 1994, he was awarded the Cleveland Community Leadership award, which the AACCESS (Arab American Community Center for Economic and Social Services) awarded for the first time. In February 1997, Father Ibrahim launched a weekly religious radio program. These half-hour programs were aimed at reaching the Arab community through religious education, news and music in Arabic and English. Through the actions and activities of Father Ibrahim, the Latin diocese of Cleveland awards the Saint Elias parish the 1997 prize for the promotion of Christian unity and inter-religious dialogue. 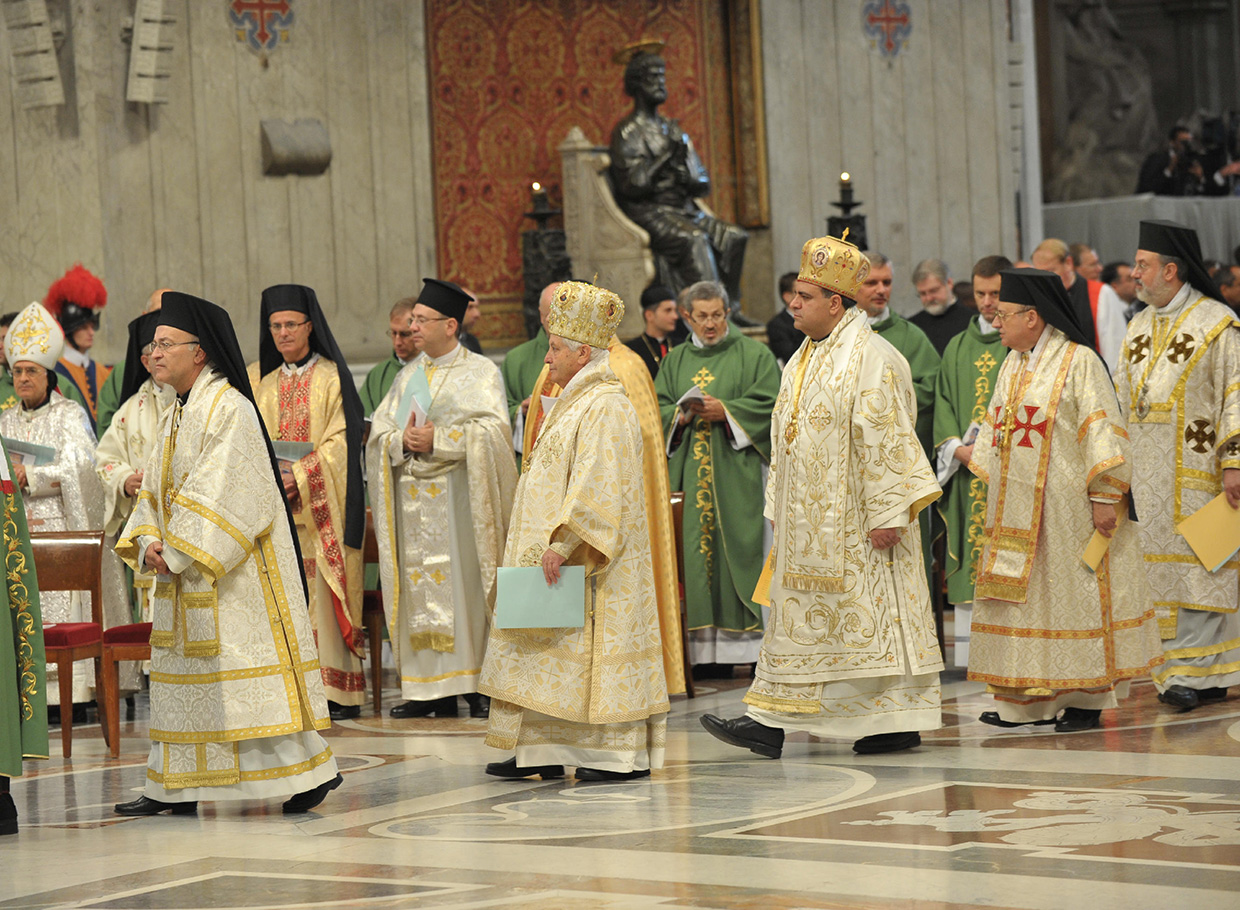 On Sunday May 20, 2001, during the celebration of the centenary of the Saint Elias parish of Cleveland, Patriarch Gregorios III Laham elevates the priest Ibrahim M. Ibrahim to the dignity of archimandrite. The following day, Mgr Ibrahim organized the visit of His Beatitude and his intervention at the National Association of Diocesan Leaders for Ecumenism (NADEO), Catholic program 2002, and this within the framework of the national workshop on Christian unity in Cleveland. The patriarch celebrates the divine liturgy in the Saint Elias church where a hundred members of the Catholic clergy, bishops and priests, concelebrate. The Parish of Saint Elias organizes after this celebration a dinner in honor of the Patriarch, the members of NADEO and the parishioners. 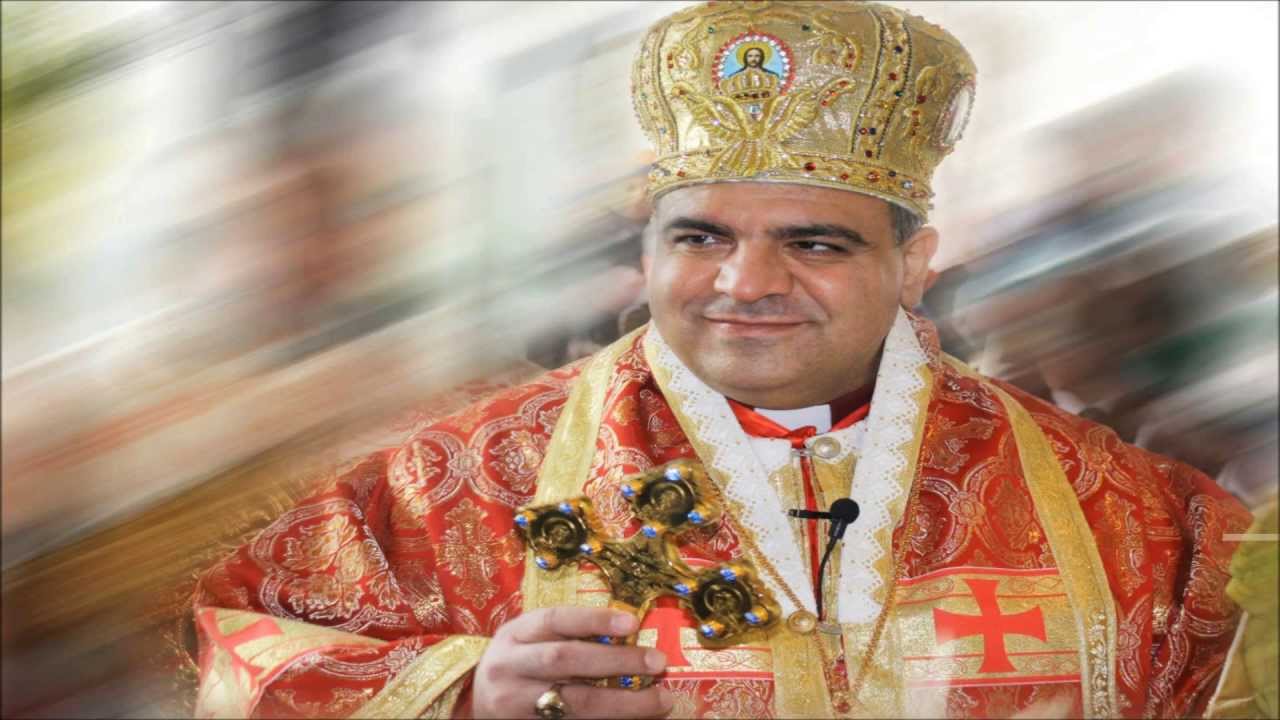 On Wednesday, June 18, 2003, Pope John Paul II appointed Archbishop Ibrahim M. Ibrahim, BS, as bishop of the Eparchy of Saint-Sauveur de Montréal for Catholic Greeks-Melkites in Canada. The episcopal seat was vacant since the death of Bishop Sleiman Hajjar, which occurred on March 10, 2002. At the age of 41, Bishop Ibrahim became, at the time of his appointment, the youngest Greek-Melkite Catholic bishop.

Your cart is currently empty.